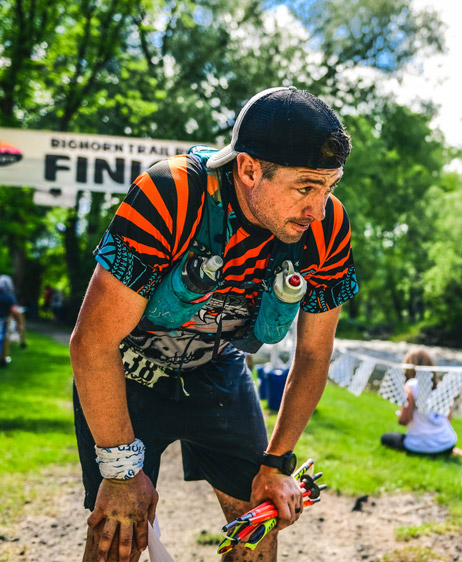 The Why & The Allure of Running 100 Miles

It is often asked why run 100 miles?  It’s a question that often generates a personal answer.

For me, the journey began in 2006, when I was introduced to ultra-running thru a dear friend and mentor.  He described the ultra running distances and adventures of which he had completed.  None being more interesting than the famed Leadville 100, known as The Race Across the Sky.  The mere thought of attempting a task of this magnitude seemed too daunting.  After digesting what he had done,  I blurted out I would not and could not ever do that.  But when those words, came out, deep down I felt a “what if” feeling and at that moment a seed began to grow.

By 2018, a hefty twelve years had passed since learning of the 100 mile distance.  I had done several iron distance triathlons and road marathons.  It was time to toe the line at Leadville.  It was a magnificent day.  I earned a coveted belt buckle and completed the course under the cutoff and final shotgun blast of 30 hours.  I was paced, crewed, and supported by friends and family who braved the night in freezing rain and cold to run, crew, and provide soul lifting support to get me to the finish.  28 Hours and 46 minutes later, I was able to go “buckle shopping” and had completed the 100 distance.

After Leadville, I earned buckles at Rocky Raccoon 100 and a few months later took on Bighorn outside Sheridan, Wyoming.   This was the first foray for a 100 Friends campaign and Bighorn gave me over 30 hours on my feet.  In early 2020 prior to the pandemic,  I DNF’d  The Cold Water Rumble in pursuit of a sub-24 hour finish.  Coming up short was a valuable lesson and reminder of how hard and elusive 100 mile finishes can be.

There are only two things that are bound to happen during a 100 mile effort.   First, it is not if but when your race plan falls apart and things don’t go as planned.  It ain’t going to happen like you want, no matter how thorough the preparation is.  The second, is that you are certain to encounter physical pain, self doubt, sleep deprived fatigue, and a desire to just quit and have it stop.  These things become external and internal for the runner.  But with the darkness, so follows the light.   You embrace the meaning of a day and it’s full cycle. – every second of it.  Time seems to evaporates around you and all that exists is the task at hand. – the now    These are lessons of life itself.  They become condensed into a 30 hour period (more or less) and you are given the opportunity to live and thrive.   These moments are when you learn that “this too shall pass” and improves one’s ability to have awareness.  For these reasons, I run ultra.

The Ask What we can do 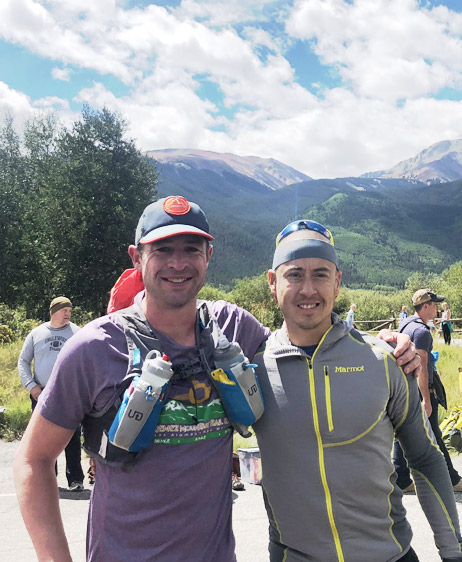 A big heartfelt thank you for visiting 100 Friends for 100 Miles.  It will take a communal village and a large effort to complete not only the run but also the fundraising campaign by August 5th, 2021.  I hope you’ll join me and assist in the idea and action of raising money for the Central New Mexico “CNM” Foundation.  CNM is an important and vital necessity to our community that provides education and work training opportunities to youth, adults, and the New Mexican workforce.  As New Mexicans, we must band together and support each other in furthering education, community, and the intellectual betterment of our entire state population.   All too often charitable dollars leave our state and do not directly benefit the end individual.  In today’s world, “To teach a man to fish”, has never been more relevant.   There can be no better resource and no better way to help lift our state than in assisting meaningful educational opportunities and providing the chance to enhance one’s ability to work and provide for themselves and family.

The CNM Foundation is central to this mission.  This campaign is set to raise $20,000.00 thru direct contribution to the CNM Foundation.  Donations from this website are linked directly to the CNM Foundation donor page.  We raise these funds to provide educational scholarships and training to our fellow New Mexicans.  It is our goal to be a catalyst of change for the future by providing these opportunities of today and tomorrow.  The effort and grit of the campaign shall be memorialized and demonstrated by the effort of the Silverton Ultra.  Let’s be the change we want to see and who knows where we will end up.

Thank you for visiting, reading, and joining me in this 2021 campaign.

The 2021 Campaign The difference we make 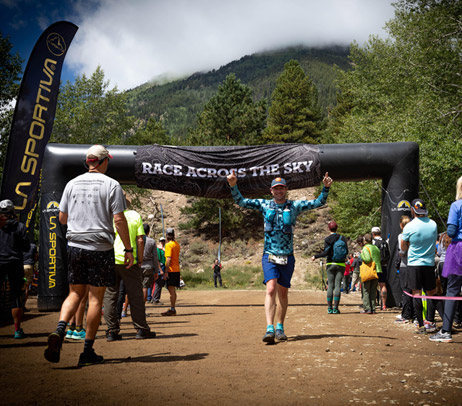 The 2021 100 Friends campaign is intended to bring opportunity and support to fellow New Mexicans – read below for a personal story detailing where our funds will go and what they will do as a result of our campaign:

Provided by the CNM Foundation:

10 years ago, Christiane Kady was one term away from graduating from CNM’s Licensed Practical Nurse to Registered Nurse Mobility Option program when a loved one passed away. The death was devastating and forced her to put school on hold. Years later, after a difficult divorce, she found herself a single mom with three kids. She needed a new career and decided to re-enroll in CNM. To pay her tuition, Christiane received two scholarships that covered the entire cost of her final term. The timing could not have been better. Because of the pandemic, both her young daughters were at home doing school while Christiane was also trying to complete her classes for the degree. It was a difficult juggle, but the funding eliminated some of her stress. “On my worst days, all I could do was go into the closet and cry,” Christiane says. Despite these challenges through a global pandemic, she graduated with her degree in 2020. Going forward, Christiane plans to pass her licensing exam, start working, and also eventually get her Bachelors of Science in Nursing degree. She says,  “I’ve never felt so independent and empowered.”

Let’s do this together and help others like Christiane achieve the education and resources needed to further not only their lives but our community.